“Making others happy makes me happy.” 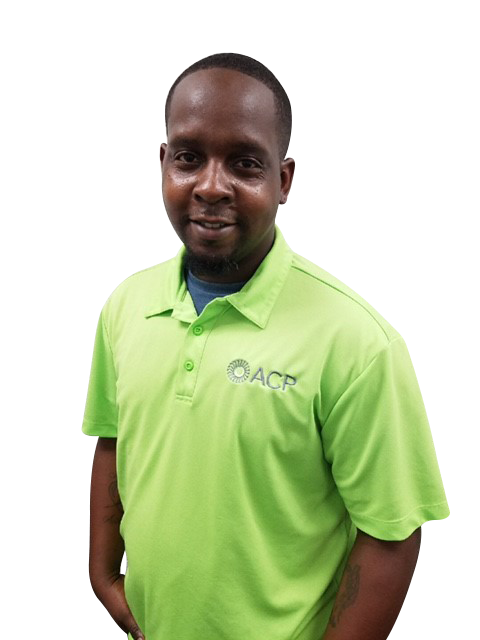 The Aereos family of operating companies stretches over several states and employs approximately 125 outstanding people. Each one has a very important role. One such outstanding employee is James Thompson. His commitment to his community stems from an early and passionate family heritage of community outreach and service to those in great need.

His position at ACP is vital to the movement of products in and out of the Euless, Texas hub; an important role that he loves. But what makes James truly unique is his commitment to the community.

James Thompson is proud of his job at ACP, but is rather humble when discussing his other passions. He volunteers with his fraternity, Omega Psi Phi, but goes beyond that organization to work on his own. With a great heart for the homeless, James talks in depth about what volunteering means to him. It began at home, but has steadily evolved into an integral part of his daily life.

“My family always gave me the best.” James recalls his childhood in Louisiana fondly. “But they always taught me not to look down on the less fortunate.” While James had a pleasant and plentiful home, he was in a poorer part of the state and those around him often did not. His parents always gave back to their community. Growing up it was a natural part of his life. Then, at around 13 or 14, James was expected to contribute as well. He started helping with clothing drives at the beginning of each school year, gathering food and water, and serving those less privileged than his family.

Soon, this generosity became a way of life for James. “My parents made sure I knew and did not forget where I came from. They taught me not to look down on anyone or to look at myself as better.” This rich family heritage followed him to college, and still resonates with him today.

“People were always happy to see my parents, not only because of what they would bring, but also because they would talk with them.” That joy stuck with James, he was not only inspired by his parents, but by those his parents helped as well.

“It makes me happy. I can always help someone else to make them smile,” he says.

He knows from his years of experience with the homeless that many of them fell on hard times through no fault of their own. A lot of people ignore or look for an escape around a homeless person, but James takes a different approach. He enjoys talking to people, often striking up conversations where he can.

“If you took five minutes to talk to someone you otherwise might not have, that makes their day. I like to make people happy. Making others happy makes me happy.”

James Thompson doesn’t ask for thanks for his contributions. “There’s no need,” he states. ” I just wish everyone would contribute. It doesn’t take much to give back – it costs $10 for four cases of bottled water.” He only hopes that his story will inspire someone else to do something they wouldn’t. If we step back, it’s obvious that some people have more than we do. But we also have so much more than others. James finds happiness in helping others, and that is something everyone can have.